Christmas is a busy time for us at Chauncy School, with many community events planned to celebrate the festive season.

The highlights of our festive season will appear here. Please check back throughout December or visit our Facebook page for updates here: https://www.facebook.com/ChauncySchool/

Chauncy’s choir and musicians have a very busy schedule in December. Starting with a performance at Leaside Church on Friday 2nd December, the Music Department then moved to the High Street that evening performing carols at Dickensian Evening.

On Monday 5th December they visited St. Mary’s Church for a lunchtime carol concert and have five more planned before Christmas!

Hannah and Jordan perform Mary, Do you Know at St. Mary’s Church on Monday 5th December 2016.

A huge thank you to all the Chauncy and St. Elizabeth’s students, and staff who contributed to another brilliant Christmas Party, here at Chauncy this evening. A great time was had by all, especially Father Christmas who popped in to give out early Christmas presents to good boys and girls.

Another great day out at Van Hage as we took over 600 students skating on Wednesday afternoon. Many thanks to Van Hage and Golden Boy Coaches for helping us create another memorable Chauncy trip. Mr Macdonald’s highlights video can be seen here:

We welcomed over 35 Age Concern: Over 60s Club members to our annual Christmas Party on Friday 8th December, where food was prepared and served by our student caterers, music was performed by the school musicians, choir and soloists and an epic game of bingo was successfully called by Study Centre Manager Mrs Paris.  Santa popped in to say hello and give out gifts to our guests too. Well done to all the students and staff who contributed to another successful Chauncy Community Christmas event.

Many thanks to Reverend Ysmena Pentelow and St. Mary’s Church for joining us and hosting our Christmas Carol Service again this year. Thanks also to the many parents and grandparents who attended an excellent service where our students told the story of the nativity through readings, songs and carols.

YEAR NINE. TEN, ELEVEN & SIXTH FORM CHRISTMAS LUNCH 2016
The second day of Christmas Lunch. Today was the turn of year 9, 10 and 6th form. Once again fantastic food and smiles all round.

YEAR SEVEN & EIGHT CHRISTMAS LUNCH 2016
Many thanks to all the staff who prepared the meal and the Hall for Christmas Lunch – Day One at Chauncy. The students certainly enjoyed the food and the Hall looked great.

Please visit our Christmas Concert 2016 website here on Vimeo or view the individual performances below:

Chauncy’s Winter Wonderland Fun Day is aimed at junior school students in Reception to Year Six, and takes place on Thursday 22nd December 2016, 9.00am until 4.00pm. For full details including application form can be downloaded here: 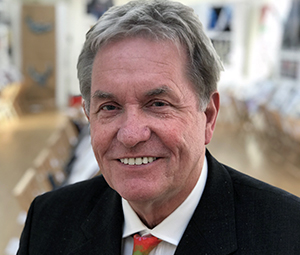